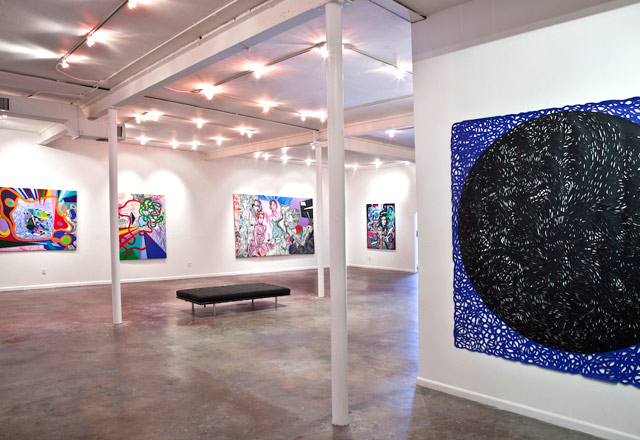 Fortunately, as Miamians, we are exposed to an extreme variety of art forms. We have evolved with our city, and have come to find art in the most unexpected places. We appreciate our streets, walls, and spaces, our incomparable vibe, but must at some point question where it all came from.

Looking ahead to the next second Saturday of the month, we should consider the following message from Oscar Ascanio of O.Ascanio gallery, as it would be hard for us to truly understand the existence of anything without first studying its origin and trajectory.

“What I would like to communicate to the city of Miami is the importance of the work responsible for some of our more contemporary artists and the different European and American countries that have contributed to the planet’s fine arts history,” he says, “many artists like Jesus Soto, Cruz-Diez, Vasarely, Alejandro Otero, Bernar Venet, and Bonalumi already have an incredible trajectory and are globally renowned. Other younger ones like Lucena, Salazar, Nanin, and Cabeza have also aligned themselves with the Avant-guard, reaching the level of global arts contributors.”

The masters Ascanio speaks of, and attributes the present and potential future of fine arts to, have paved the way for the new talent we are perhaps more familiar with today, to follow or even recreate. It is important for us as art lovers and supporters of the Wywnood circuit, to become familiar, if we aren’t already, with the work that started it all – among others, we can look to Ascanio for some guidance.

It’s a two way street between gallerist and public, and for Ascanio, the energy of Wynwood’s art walkers is one of the most exciting aspects of Miami thus far. “My experience with the Miami public has been fascinating!” he says, “especially because of the floods of people that fill Wynwood galleries each Art Walk; it really becomes a party! And the most exciting part is to see such a young crowd that is so genuinely interested in knowing what’s happening in fine arts and in the world.”

Ascanio also describes his experience during Art Basel 2011 as “extraordinary”, mostly due to the city’s palpable energy. “Miami becomes the global capital of Contemporary and Modern art, to every extent, “ he explains, “we’re exposed to masters of different mediums and to the tendencies and language of prestigious galleries that come from all over the world to show.”