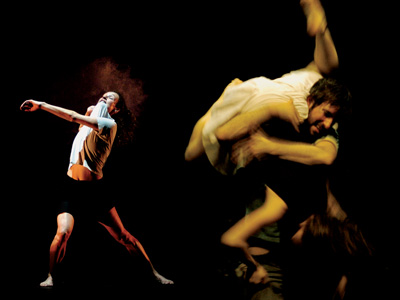 “A city of islands” is what Mary Luft calls Miami. Luft is the executive director of Tigertail Productions, one of South Florida’s most engaged artistic organizations and one of its oldest and most respected. “It has to do with the way the United States is structured. And Miami is such a different community, too. A city of islands. There’s all these little communities, and many of them haven’t been here that long. (Newcomers are) still bringing the history of wherever they came from. It’ll be their children who will integrate more in the community. But it’s still very much an immigrant community.”
In serving this diverse area, Tigertail has made it its mission to bring to the South Florida area a dazzling array of artists and events that appeal to every sector of the populace. It produces and mounts progressive and innovative art events that span the imagination through diverse programs and artist training. Throughout the year, unique works are presented in the literary, visual, aural, and performing arts.

Tigertail was founded in 1979 in an area vastly different from what is here today. Its beginning heralded the springing forth of a truly connected artistic community. South Beach would not start to come to life for another five to seven years, only then bringing with it the artists, writers, and designers who would later invigorate other areas of South Florida. That was the future.

But from its very start, Tigertail recognized an immediate need for the arts and applied its energies toward two purposes: to reflect the changing profile of the Miami-Dade area with its various ethnic groups and their economic and cultural concerns, and to join with other local arts groups to encourage a sense of community, responsibility, and camaraderie in an area known for its rootlessness.

“From day one, Tigertail has partnered with other organizations. That’s how we’ve been able to do what we do with our partners. Every project has partners. It may be a social organization for one, it may be Everglades National Park for another. We are all part of this community. We turn the community into whatever it is we’re doing,” says Luft.

Having just celebrated its 27th anniversary, Tigertail points to its longevity as to one reason why it is so deeply respected in the South Florida arts community. Its duration is due to the care that is taken in planning specific events for specific areas and for formulating budgets that are followed scrupulously. Luft describes a core membership that consists of about 7,000 names. She stresses that these lists have been maintained and updated carefully over a number of years. Also helping to keep Tigertail at the forefront is an e-list that keeps members appraised of whatever projects are planned. Also, after each event, information is collected from audience participants. This is all in addition to even more rigorous surveys. “We also invite people on our website to join up. It is constantly a process of adding and refining,” she says.

This detailed inventory of its audiences also helps Tigertail in its quest to bring to different areas of the community those events that will both entertain with familiarity but stimulate with newness. “Everything we do is highly targeted. And one of the things we do is accomplish what we set out to do. If we’re doing a danceAble project, we fundraise for it. We have our partners in place. And it’s in our calendar; we work toward it. Everything has support around it,” says Luft.

When Luft tosses off the word “everything,” she is not being facetious about the scope of Tigertail’s enormous efforts. She speaks with pride about danceAble, a nationally recognized project produced in conjunction with the Florida Dance Association that reinterprets the boundaries and expectations of movement and dance. This program provides persons with disabilities the chance to participate in performance-level works, a challenge that goes unanswered in most mainstream dance projects and companies.
{mospagebreak}
There is no area of the arts that is not affected by Tigertail’s involvement. For example, its International Exchange is a multicultural presentation of works from other countries. This season sees participants from Brazil, Mexico, New Zealand, and Germany, in addition to other countries. Another significant program is Tigertail’s Youth Projects which includes WordSpeak, where underprivileged teens are encouraged to participate in spoken word performances. Tigertail’s South Florida Poetry Annual, a 72-page book of locally written poetry, is now in its fifth edition. Each edition is edited by a different guest editor, emphasizing a South Florida perspective for both the writing and the poem choices.

It wasn’t always this way. In its original incarnation, Tigertail more or less “imported art” to South Florida. And this was a dynamic that worked for a while and to a good extent, but Hurricane Andrew changed everything. In the upheaval that followed the destruction, Tigertail decided to change course.

“We began to build out community projects,” says Luft. “I went down with half of Miami and was involved with early work after (Andrew). We showed films in Tent City. That was just such an amazing experience! The Miami Art Museum provided the screen, and the (Miami-Dade County) Library provided the films. One person would come from a film organization. Somebody else – Art in Public Places, I think – donated a megaphone. And we showed films for eight weeks immediately after the hurricane. It sort of made me rethink things that we could be doing and a new direction we could take.” That new direction was to make sure that new and innovative events were presented to the community, and that they kept a local sensibility. Even when performers or troupes were imported from outside the community or even the country, they still were able to match their strides to Miami’s.

This need to keep a South Florida approach in mind, while stretching the boundaries at times, leads to eye-opening performances. And it dovetails with Tigertail’s own lack of facilities. Locations and events are specifically tailored for each population demographic that is being addressed. “We did a theater piece – a huge puppet in a swimming pool! In José Marti Park. It was fabulous! It started with a burning boat. It was like the free theater you’d see in Europe and South America. It had mermaids and rafts and a storm and a trapeze act that we built around the pool!”

Luckily, Luft has a quick and easy answer when detailing what Tigertail will do for its next encore: “More of the same!” From awarding grants to emerging Miami-Dade artists so they can fine-tune their talents to conducting question-and-answer sessions for artists and audiences, and from exploring the perspective of the disabled to reaching inner-city kids with music and video, Tigertail continues to lead the South Florida arts community in its commitment to diversity, education, and change.

“Organizations are living organisms,” says Luft. “If you look at any organization, there’s a trail. And the trail changes. And that’s the nature of it. … We’re not selling football stadiums. That’s not what we do. We’re bringing artistic, targeted work. We do niche work. And we’re bringing many of our artists from other areas. Yes, we have the beach, and yes, it can be a distraction, but people
also know they want to be entertained. They want to be stimulated and challenged. And that’s what we provide.”

It is no secret that a woman’s place in our society is constantly evolving through the efforts of strong and relentless pioneers. This evolution may not always be a fast and obvious improvement, but nonetheless, … +

The Wet Heat Project creates spirited documentary films, web destinations and events that explore an in-depth experience of the contemporary arts and artists of Miami, capturing history in the making… One story at a time. … +

At St. Cristopher’s by the Sea Church in Key Biscayne a palpably excited audience sits still in the dark. A group of singers slowly descends onto the stage – with candles in their hands, they … +

Performance art, by its very nature, is one of the most challenging avenues of expression. One part street theater, one part psychodrama, the best performances are always challenging and unique. At times, these pieces can … + 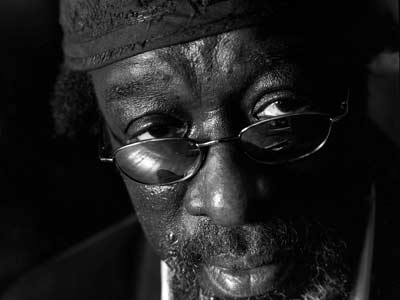 Jazz and blues legend James Blood Ulmer, with an electrifying trio that includes himself, Mark Peterson and Aubrey Dayle, opens Tigertail Productions’ 2007-2008 with a concert at the Colony Theatre located at 1040 Lincoln Road in Miami Beach. Ulmer, who earlier in his career played with pioneering jazz-great Ornette Coleman, is an iconoclastic genius who mixes it up with the raw power of the blues, R & B and funk to create a unique sound. END_OF_DOCUMENT_TOKEN_TO_BE_REPLACED

END_OF_DOCUMENT_TOKEN_TO_BE_REPLACED

Ramón Williams is an artist that shows little concern about boundaries. Formed as an art educator, his perception of art is undermined by a sense of integrality that allows him to move from one art … +

After a successful launch in 2005, Pulse Miami returns to the Wynwood District, running concurrently with Art Basel Miami Beach at 2700 NW 2nd Avenue at NW 27th Street in Wynwood Art District. During its … +