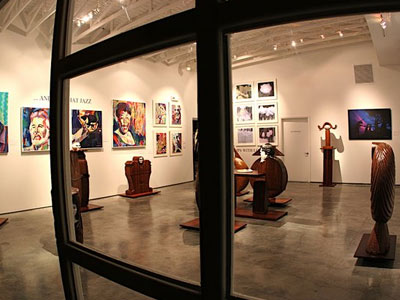 An urban oasis lies just north of the Wynwood Art District limits. What once was a dry cleaning warehouse and later an abandoned building has been transformed into an incredible venue of the arts called Miami Art Space (MAS).

Designed by architect Kenneth Treister, this 7,000 sq. ft. space of walled courtyards, bamboo gardens and sculptures by Treister himself, serves as venue for everything art and although it may seem like a gallery at first, “gallery” is just one of the many things MAS can be.

MAS does not represent individual artists and it does not focus on using its walls for the hippest or the most seasoned, director Alexis McLean focuses instead on making the most out of the amazing space, “Yes, we do art, but we also do weddings, corporate events, promotional events, you name it. The great thing about having your wedding here, for example, is that we can do just about anything we want with this space. A wedding here is a statement of personal style, it is a not just a ballroom that will host a mortgage convention the next day!” McLean’s enthusiasm to use MAS and transform it into whatever it needs to be for a particular event is undoubtedly what sells the space for nights like Auto roll-out events for Rolls Royce and Nissan, filming of independent films, and anything from weddings to New Year’s celebrations.

One of the things McLean says she loves most about MAS is its location away from all the chaos. MAS is surrounded by residential buildings, “I have neighbors,” she says, “these people are my neighbors and we have a neighborly relationship.” The familiar rapport between McLean and MAS’s neighbors is one that seems to fulfill her and strengthen the purpose of the space by making a positive contribution to the community. She remembers one gallery night to which a couple of her younger more underprivileged neighbors decided to attend: “I know they were here for the free soda,” she says, “so I said, ok, you can come and have some soda, but I want you to come back tomorrow at 2 o’clock to discuss the art.” Surely enough, her young neighbors returned the following day at 2 o’clock and spent a couple of hours walking the space with her and finding meaning in the art on the walls. McLean recalls not only being touched by their interest in understanding the work but also by their appreciation of her efforts to teach them.

One of Miami Art Space’s most important missions is using the space for charity events and fundraisers. Its support of national charities and non-profit community organizations has equaled over $10,000 in the last year. Some of these organizations include The Children’s Home Society of Florida, benefited by the Art Axis exhibit last month, The Greater Miami Jewish Federation, Band of Parents, and others. 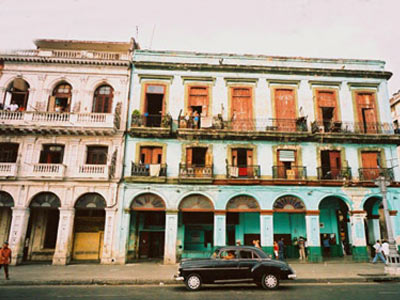 Miami Art Space presents an exhibition of original photographs from Mr. Benowitz’s recent trip to Cuba, reflecting on the culture, poverty, occupations and history of this island nation’s people under Castro's rule, and the barrios and neighborhoods of Old Havana. The exhibit features photographs taken shortly before Hurricanes Gustav and Ike wreaked their havoc on the people of Cuba, and Benowitz’s pre-storm photographs beautifully preserve the impoverished state of this beautiful little island on film. END_OF_DOCUMENT_TOKEN_TO_BE_REPLACED

The first major U.S. solo exhibition of influential Chilean-born artist Cecilia Vicuña “About to Happen” is on view at MoCA since last edition of Miami Art Week.  The exhibit traces Vicuña’s career-long commitment to exploring discarded and … +

Rruining love songs showcases works from Michelle Lisa Polissaint’s series The Ballad of Me & You, her ongoing visual conversation about her failures and successes in romantic relationships. The body as a centerpiece installation Through … +

For the presentation of the museum’s permanent collection during its 35th anniversary year, the understanding of art as gift for future generations, is being conflated conceptually with the celebration of donations of art that have been … +