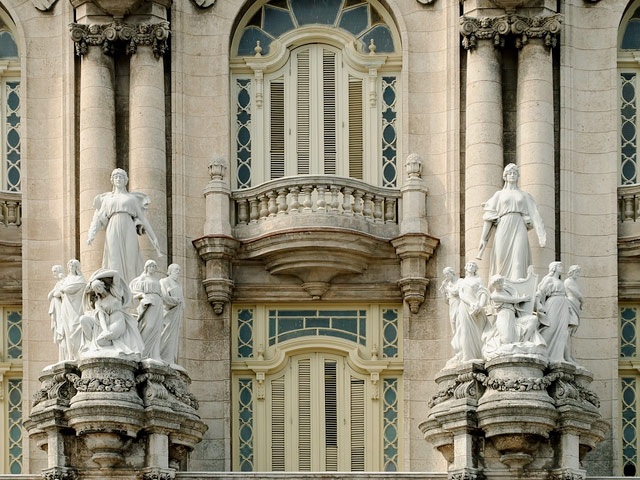 In Havana Revisited, the city’s renowned but decaying architecture provides an important window into the changing forces that have shaped the country’s history, from her settlement as a fortified trading post through successive periods of Spanish colonial rule, independence, United States Protectorate, and revolution.

Cathryn Griffith juxtaposes early-1900s hand-colored postcard images of Havana city scenes with recent color photographs of the same scenes, taken from the same vantage point. Griffith culled the historic images from her collection of more than 700 vintage postcards of Havana, and made the corresponding photographs during multiple trips to Cuba in recent years.

The visual intrigue created by this comparison of old and new stimulates the viewer to think about how people choose to preserve or destroy buildings and monuments, and how these elements come together over time to form perceptions of the world’s leading cities. This exhibition is an invaluable guide to students of Cuban culture and the international influences that shaped it in the 20th Century.

Griffith’s artwork is in the collections at the Art institute of Chicago; The Boston Public Library; Getty Research Institute, Los Angeles, California; The National Museum of Women in the Arts, Washington, D.C.